client
Community of Communes of the Rethelois 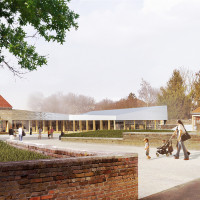 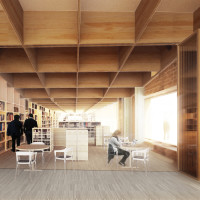 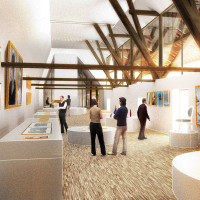 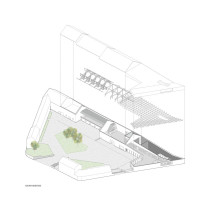 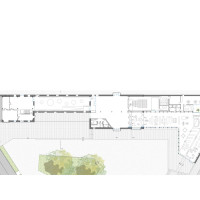 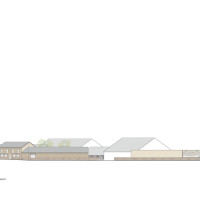 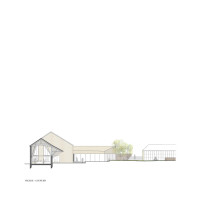 The rehabilitation of the farm seeks a preserve the spirit of the existing agricultural architecture, with its imposing generous volumes and brute materiality. Our intervention simply adds a new building without replacing or transforming the older, in order to create a subtle dia:logue between this contemporary object with a historical writing, perpetuating the spirit of the place
The extension corners itself so as to encircle the public square and physically affirm the protection of the cultural section.
The old barn , which posseses a generous volume, marks the central node of the farm. Re-used in its brute state, it becomes the knot between the old and the new. It permits to organize the flow of movement into an radiant pattern.

All the spaces of the program are connected to it and the transparency of their profile permits to announce their function. This space forms the union firstly between the media center, the auditorium and the museum and secondly between the public square of the farm and the sports complex to the north of the project.

The timber framework is omnipresent in the two parts of the farm. They mark the soul of the project by lending a historical personality.
The media center is covered by a contemporary wood grid framework. The museum presents itself with its large glazed opening in the hall. The auditorim is a solid volume that can easily be opened up to become an extension of the museum.