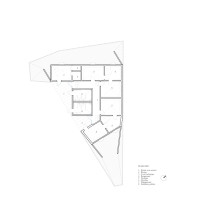 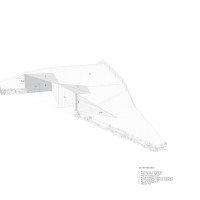 If you happen to be in the regional park of the valley of Chevreuse, MU invites you to take a detour through Forges-les-Bains, a small town of 5000 inhabitants, located in a charming, hilly, and tree-filled comb.

Situated next to one of the town’s entrances, the athletic facilities ensure a seamless transition between natural and urban spaces.

Since march 2013, you can discover the former stands, wrapped in canvas and connected to new locker rooms thanks to some discrete variations of the floor.

The young soccer teams from Forge-les-Bains will find their locker rooms and sanitary facilities (naturally temperate) tucked underneath a plant-covered roof from which their fans will be able to watch and cheer them on. The athletes will then appear and disappear behind the mass created by the new construction.